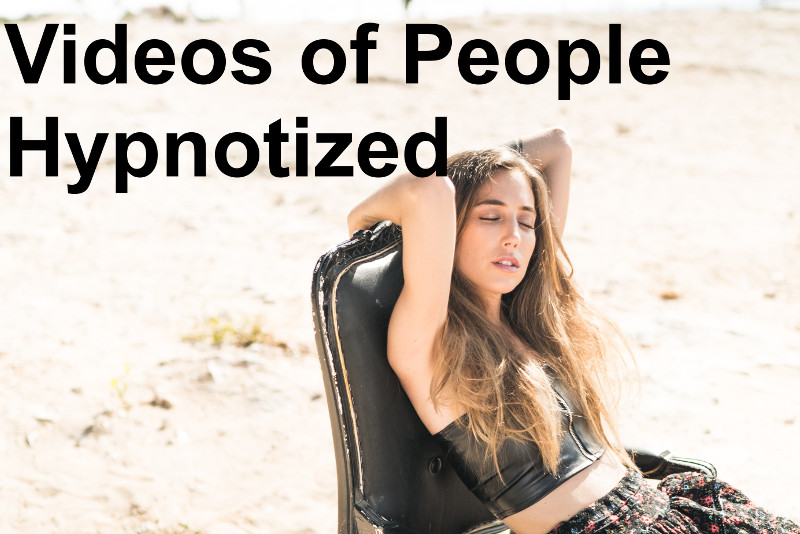 Why do so many people love this fantasy so much?

Whenever I meet a real hypno-addict, they often say that their first amazing experience with hypnosis was seeing it on a cartoon or TV show. In that moment, a seed was not planted, but it was flowered. They were destined to find their love of hypnosis, no matter where they first saw it. Maybe the fantasy is about being taken control of yourself. Maybe it’s about gently wooing the other person into a deep sleep.

Can you remember the first time you encountered it? How did it feel? Where did you feel it? I would love to hear about it in a comment.

There are plenty of reasons that you may love seeing people being dropped into a mindless stupor, concentrated state, or sweet seductive trance. Maybe you love seeing the pleasure of ultimate relaxation and release that you can give to another human being. There is the incredible intimacy between two or more people when they do it. They may see into their emotions or change them accordingly. Maybe they are helping them with their life, or they are (supposedly) destroying their mind so that they can be used for the hypnotist’s personal gain.

Some people may believe that  there is no way they could ever get one of these beautiful, amazing partners, and the fantasy of hypnosis is about finally getting a way to have control or possession over this incredible human being. Maybe it’s just a power trip. The exchange of power and energy can be intoxicating to watch (or take part in!).

Whatever your reason, you can feel free to enjoy these fantasies in any way you like. Let it inspire you to play around with these roleplays with people in real life, in a safe and consensual way. These videos might give you some amazing ideas about the great things that you could help create in someone else’s life– or they may give you ideas for great new ways to play with your partner. Either way, you could really make someone’s day. 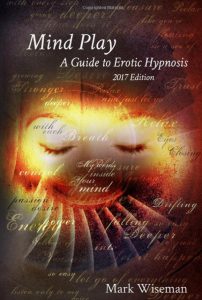 By the way, if you really are interested in hypnotizing your partner, you should really get started with the book Mind Play

These videos will NOT be around forever .

Please note that a lot of these channels are bound to be taken down at some point (unfortunately), perhaps because of DMCA copyright issues. Many of these video uploaders may not own the rights to the content being posted. The exception being creators that make original content (and good on you for making something yourself!). You can pretty much guarantee that these links will not work forever.

Still, it’s good that some obscure videos are getting out there into the public eye with these collections. Maybe you’ll be inspired to support the original releases by buying those movies or TV Shows. Show them you just love seeing people going under hypnosis. As a bonus, you can find a list of movies, TV shows, and books that feature hypnosis or mind control at the bottom of the page.

Lex goes at the top of this list because of the quantity, quality, and originality of the content…. Though it’s really easy to laugh (or scoff) at Lex because of that funny old-timey-hypnotist top hat he always wears, but it’s easy to tell he’s a properly awesome guy. The content isn’t about hypnotizing the viewer, actually it’s mostly about hypnotizing women, and making them do fun, filly, or sexy things. He’s made a great channel intro that explains it.

Yes, the girls are totally, completely hypnotized– but if you’re looking for the ‘reality’ experience, this isn’t it. It’s very much like stage hypnosis. Very show-offy and theatrical. Though these girls usually really are under the spell!

You’ll find a lot of videos (read: A LOT) of videos on this channel. Many of them feature people being hypnotized! 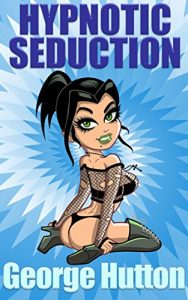 The name says it all. nothing but videos of girls being hypnotized.

A French channel featuring girls being hypnotized on the street, on stage, and in private.

About a hundred videos of girls being hypnotized with mind control 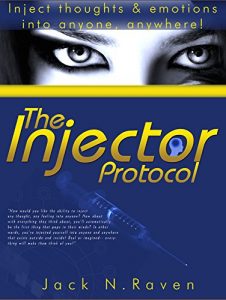 About 25 videos of women being brainwashed

Massive collection of women being mind controlled in some way. Mostly asian.

Here you can see some videos of women being hypnotized, and some older recordings of hypnosis audio for the viewer. 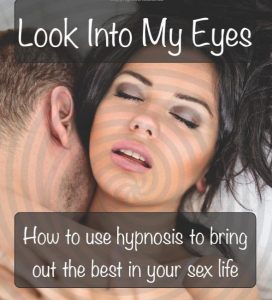 This channel uploads examples in popular media of males being mind controlled or hypnotized. Very interesting and specific, with a really good number of videos.

Also has playlists of other specific examples from other users.

This channel uploads examples in popular media of males being mind controlled or hypnotized. Very interesting and specific, with a really good number of videos.

Also has playlists of other specific examples from other users. 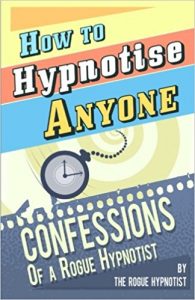 More examples of men being hypnotized

Tons of videos of men being possessed.

Yet even more videos of men being hypnotized

Videos of men being possessed

Muscular men being controlled by hypnosis. I did not realize there was so many channels featuring this specific niche, but here they are!

Videos of men in old cartoons being hypnotized

More videos of men being controlled

Videos of men being chloroformed (is this even allowed on youtube?) 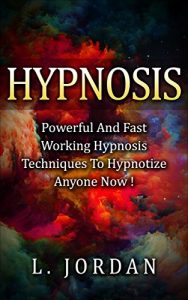 Over 30 videos of people being hypnotized 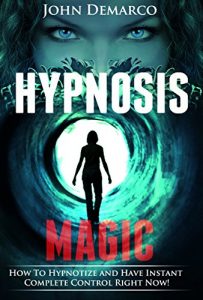 HUGE collection of pop culture hypnosis with over 200 videos and counting. 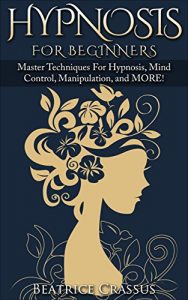 People being gassed/chloroformed. Again, this is sketchy content in the world of YouTube’s  overbearing and strange video censoring tendencies.

Succubus, fetish, gothic, magic, satan, spirituality. Weird part of Youtube. not that theres anythign wrong with that. I guess most channels here are the weird part of youtube. 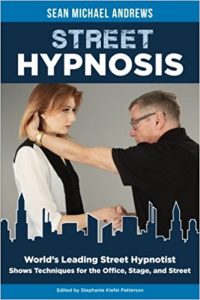 Sean Michael Andrews is also a very well known authority for many different types of hypnotism, including street hypnosis

Are you ready to travel back to the olden days of YouTube? Well check out these mostly home-made style hypnosis on display videos.

Tons of videos of people being hypnotized in a hypnotherapy setting. They feature a TV series called Hypnotized, where they display the powerful effects of hypnosis on changing people’s lives.

In popular media, they often depict hypnosis as a method of powerful mind control. They use it for crime, profit, and personal gain. They may even use it to manipulate someone into killing another person. Some may point out that these are mere stereotypes, but of course they are! They have to be. This is Hollywood and mainstream media. We don’t want it to be boring. It may be a negative stereotype, but it doesn’t really matter. No one believes things they watch in movies. We all know TV magic and the miracle of big-budget editing. We know it’s not all real. So enjoy the show.

That being said, with so much prevalence in pop culture, many people still believe a lot of the stereotypes, especially because they have never seen real hypnotism in action. Many have seen hypnosis shows, which can give some insights, but that also skews the perception of real hypnosis. In fact, I have met people who thought that you might need stopwatch pendulum or eye staring to go into hypnosis. Then of course you find people who don’t believe it is possible at all!

Most of the time, they use their hypnotic eyes to stare into them and capture them. This actually happens in real life, though. If you stare into another person’s eyes (and they do the same back to you), you will actually find yourself naturally going into a state of trance.

Here’s a few examples of popular media where you can see videos of people being hypnotized.

On this show, a man with an immunity to the zombie virus becomes a overbearing dictator after realizing that he can control zombies with his mind. He also injects people with his mind control extraction, turning them into mind-slaves to do his bidding.

An American soldier becomes hypnotized to kill people when directed to. He has no memory of the murders and no idea that he is doing it. This may be one of the first examples of hypnosis being used for murder, as the book was written in 1959, with a movie released in 1962, and another one in 2004.

Molly Moon and the Incredible Book of Hypnotism

In this book/movie, a young girl uses hypnosis to become rich and famous, after hypnotizing her caregivers, friends, and even her dog.

The Cabinet of Dr. Caligari

The main character is a master hypnotist in this German Silent horror movie. It’s a pretty acclaimed film from 1920. Some have deemed it he very first true horror film.  It actually has a 100% rating on Rotten Tomatoes, which is super uncommon. You can watch it in English here.

may have been the first to introduce the legends of vampires using hypnosis to control their prey or to enslave people to do their bidding.

All vampires in Young Dracula have hypnotic mind control eyes. Vlad’s power is so strong that he can control entire crowds.

Count Dracula has hypnotic occult blue eyes that put people into a trance, and they are even strong enough to put Buffy under control. Drusilla also uses the same hypnotic eye power on other characters.

All the vampires in the true blood series can hypnotize people, and it gets more powerful with age.

Featured multiple times on Futurama, where people fall into a trance when they see the Hypnotoad. They even have a TV show called Everybody Loves Hypnotoad, which happens to be the most popular television show of the 31st Century.

ALL GLORY TO THE HYPNOTOAD.

One of the DVD extras features an entire episode of Everyone Loves Hypnotoad, which is just 22 minutes of the Hypnotoad staring at you with commercial breaks in between.

In Bart’s New Friend (episode 563, occurring in season 26), Homer is hypnotized by the Master Hypnotist Sven Golly (Svengali) to believe that he is a 10 year old boy. He stays this way until the police find a way to bring the evil hypnotist back to homer and force him to change him back (he hypnotizes Chief Wiggum multiple times as well). Sven Golly has total control over many of the characters in the episode, even manipulating the police to get out of jail.

Homer is also locked down to a chair and brainwashed in episode 531, Season 25. After hearing about  a suspected terrorist rumor, Lisa begins to think that her father has been converted to Islam through brainwashing techniques, and is going to blow up the Springfield Nuclear Plant.

A main character from The Jungle Book with hypnotic eyes that can put anyone into a trance. He is a giant python snake that likes to gain people’s trust by manipulating them with his soft voice and/or his hypnotic eyes. He has his own subreddit for people who like to share fantasies and artwork around him hypnotizing their favorite characters. Maybe he entranced them to create a subreddit for him.

If you know a channel, TV show, or movie not listed here that shows people being hypnotized, please let me know in the comment section below so it can be added!